On April 14, 2022, Elon Musk announced his intent to purchase Twitter, with the company accepting his offer eleven days later on April 25, 2022. In the aftermath of Elon Musk's purchase of Twitter, the platform has been awash in claims of mass departures and conspiracy theories about secret algorithmic changes. Looking at platform-scale statistics, can we observe any major changes since his announced purchase?

Looking at the total daily tweet volume and number of distinct accounts posting those tweets each day since the start of this year, no measurable changes are observed in the period since Musk's announcement or purchase, suggesting claims of mass departures are unfounded.

Looking at both tweets by verified users and retweets by all users of those verified tweets, the density remains unchanged at around 9.4% of the total daily Twitter volume. This suggests that verified users are posting less, but becoming more viral with each tweet.

Looking at the percentage of tweets that are replies (blue), retweets (orange) or that mention other users (grey), no measurable change is observed in the aftermath of the purchase. 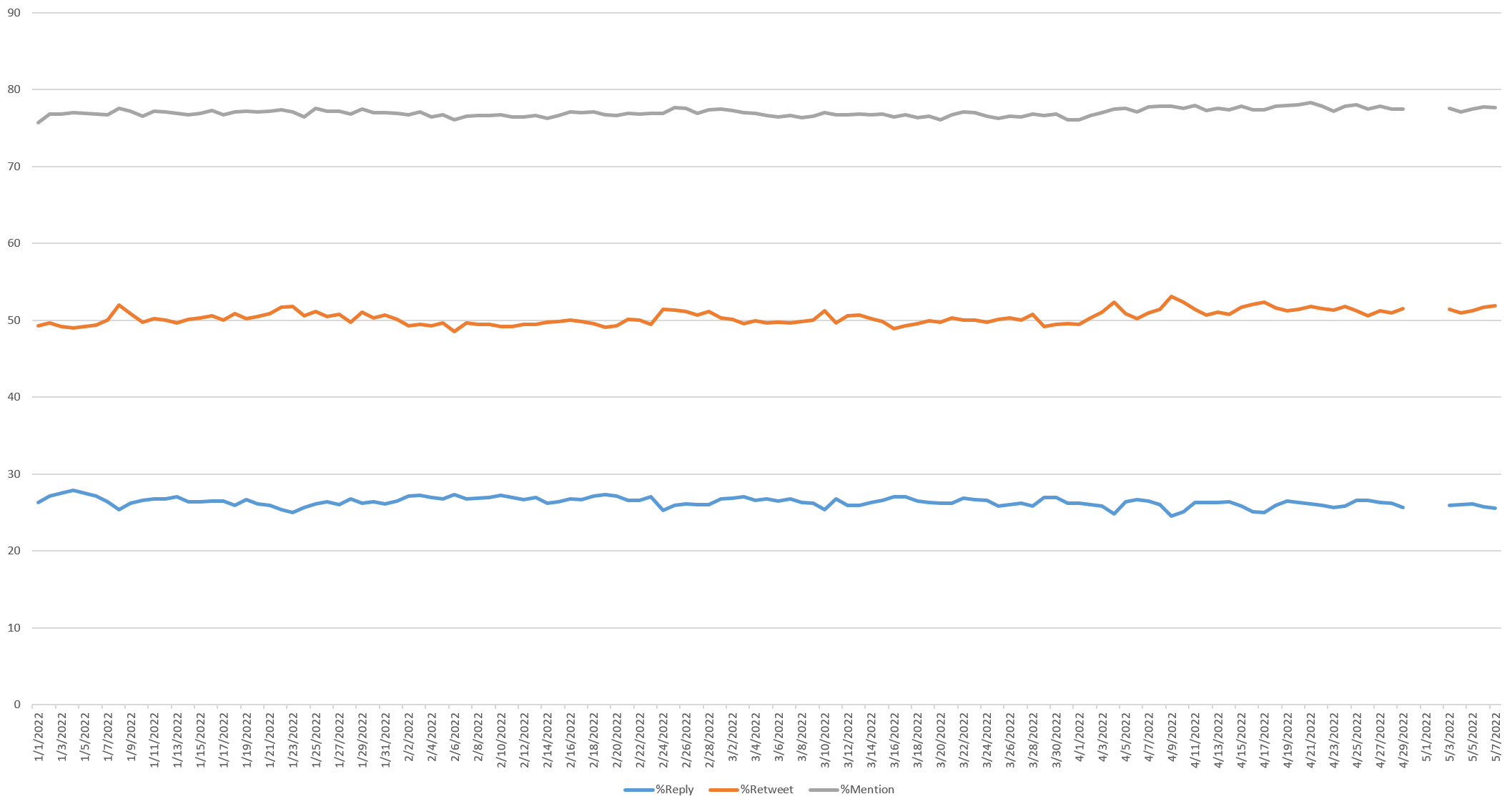 Link sharing on Twitter has continued its upwards trajectory since mid-March. There is a slight increase post-April 25th, but still within the margins of its pre-Musk trajectory.

Hashtag use began climbing from mid-March, but does appear to have increased since April 15th.

Removing retweets, username references and hyperlinks, the total size in bytes of the Twitterverse was on a decline from mid-February, reversing on April 16th, suggesting a possible connection to Musk's announcement, though it appears to have leveled off and may be declining again. 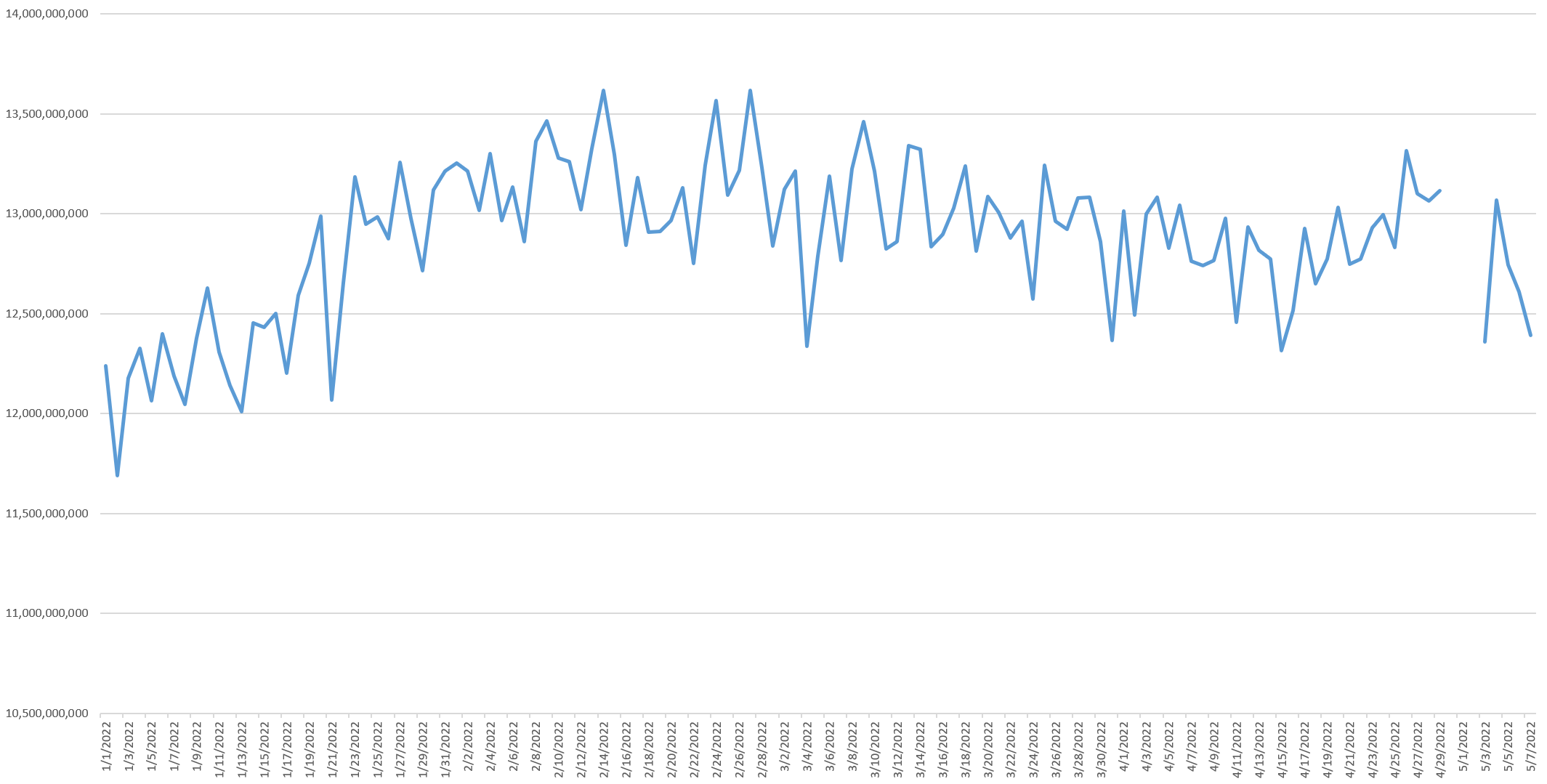 There was a quick bump in the density of English-language tweets after April 25th, but this appears to have returned to its pre-Musk levels.

If large numbers of users left Twitter in protest or joined Twitter in anticipation of more relaxed content moderation rules, the average and median account changes would show a sharp change, but no measurable Twitter-scale change is observed, suggesting follower gains and losses on Twitter were limited.

The percent of users populating the Location field of their profiles has steadily declined since late February, but no major changes have occurred post-Musk.

The percentage of tweets having either precise GPS coordinates or a city/landmark centroid Place location has linearly increased since early January and shows no change post-Musk.

Median follower counts show no Musk change, suggesting that the ebbs and flows seen in the mean graph reflect changes in high-follower users.