Each week Kalev narrates a few of his latest news analyses in brief 1-2 minute "narrated news" highlights videos in which he goes over a few of the graphs from the analysis and explains the findings and their significance. Due to time and resourcing constraints, these videos must be filmed live and uploaded directly, so postprocessing is not an option. That means that the recording workflow used must support extremely high production quality that rivals what could be achieved in post. The source audio and video chains are extremely high quality, meaning the video recording system should be able to integrate well into this infrastructure and preserve as much as possible of its quality.

For our recording studio, we are using a studio audio chain beginning with a Cloudlifted SM7B microphone processed by a DBX and Mackie chain and monitored by a Clarity M. For video we are using a Canon SL3 feeding into a video chain that includes a Saramonic audio adapter, duplicators to feed multiple devices, hardware scaling for the MacBook Air, an Elgato Cam Link 4K capture device and an Atem Mini Pro ISO with onboard 5 channel h.264 encoding and recording and internet streaming.

The original pilot videos were filmed prior to the arrival of the Atem system using Zoom's local recording feature on a MacBook Air with the article and its graphs pulled up as tabs in a browser window. Even with local recording and Zoom's Original Audio enabled, the video quality is extremely poor (and appears to be reduced to around 24fps or less), the picture in picture is heavily pixelated, the audio is very soft and highly compressed and the visual presentation of using browser tabs leaves much to be desired. Zoom also does not make it easy to switch between fullscreen and PIP video seamlessly, leaving little flexibility in narration style. Despite using an Elgato Cam Link 4K HDMI capture device capable of 1080p60, the MacBook Air's limited processing capabilities means the image is severely degraded. 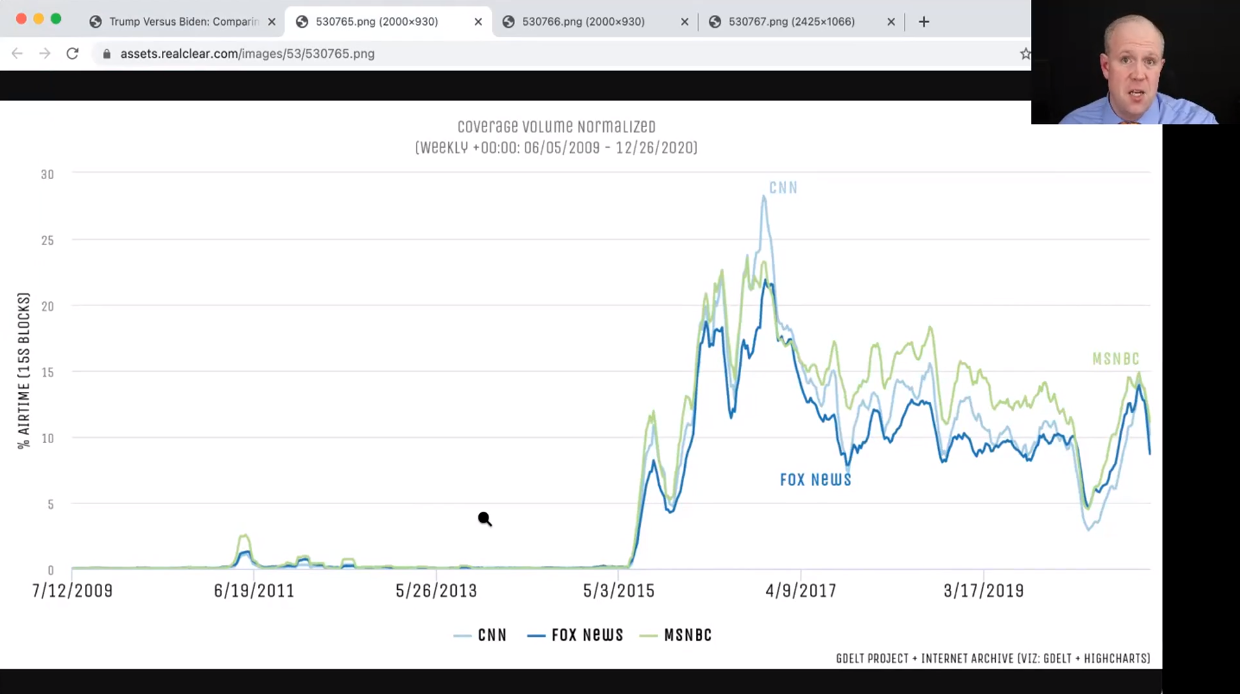 A massive upgrade was achieved by moving to an Atem Mini Pro ISO which is a full-featured hardware video switcher. It is able to receive the native full 1080p60 HDMI signal from the camera and a separate feed from the laptop and has an onboard hardware h.264 encoder, recording directly to an attached USB storage device. Most importantly, it supports all of the traditional broadcast video modalities and transitions, meaning we can begin with a fullscreen camera image, fade into a PIP and fade back to fullscreen before fade to black at the end. The Pro ISO model allows us to record the Program feed with transitions and PIP as one video file and all four individual camera feeds as their own separate isolated video feeds, with all five videos sharing the same timecode and a Davinci project file. In our case we simply publish the Program recording directly, but having the ISO camera feeds allows a range of post editing for special projects.

The ability of the Atem unit to process the live HDMI signal and use its own onboard hardware encoder means we aren't limited to the MacBook Air's limited CPU capability so video is perfectly smooth and is an almost exact rendition of the signal exiting the camera. We can also set the precise recording bitrate we desire. The onboard Fairlight audio hardware also allows us to match the Atem's levels to the SM7B->DBX->Mackie->Saramonic audio chain using the Clarity M to compare and precisely match the signal exiting the audio chain with that exiting the Atem.

We also switched to using PowerPoint to display the graphs.

You'll note the high production quality of the fullscreen->PIP->fullscreen->FTB narration flow, the silky smoothness of the video signal and the full rich quality of the DBX-processed SM7B, with the audio much louder than before using the Fairlight adjustments to match the recorded audio to the incoming audio stream. 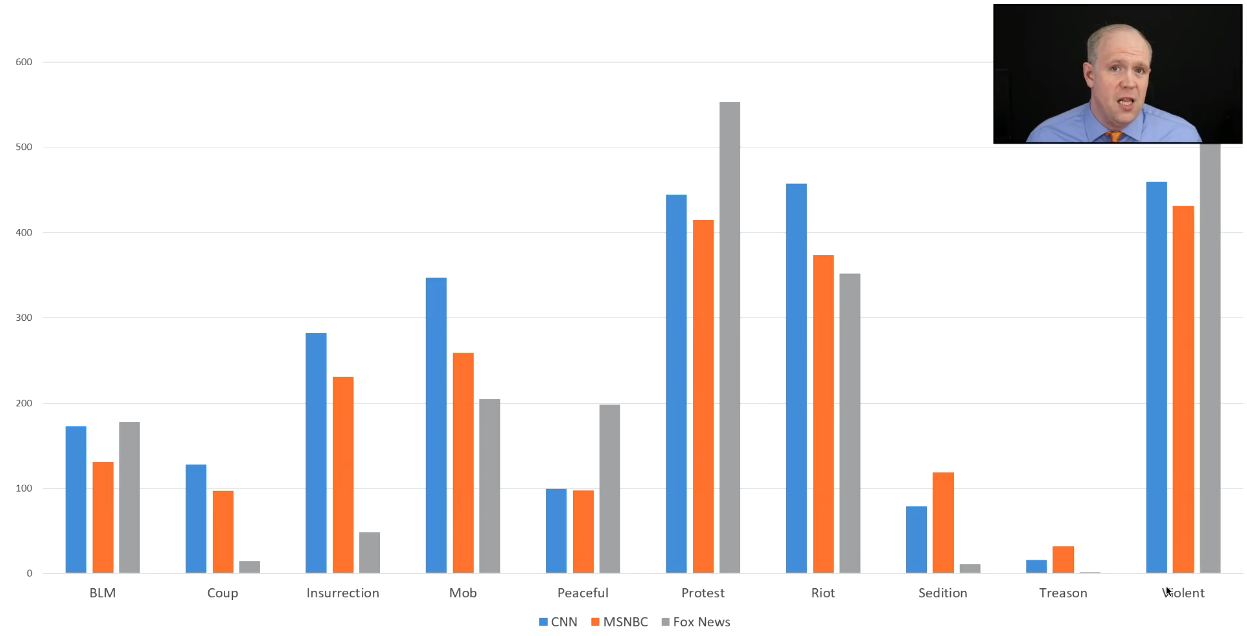 Finally, to add additional production quality our latest videos have two additional enhancements: a DSK logo and fade-in PIP. Using the Atem Mini's built-in hardware DownStream Keyer we were able to load the RCP logo as a PNG image and adjust the masking to make it appear as a logo bug in the lower right. Critically, the Atem Mini's DSK is independent of its DVE unit that powers the PIP display, so the two are able to operate in parallel even though the Mini unit has only a single DVE. 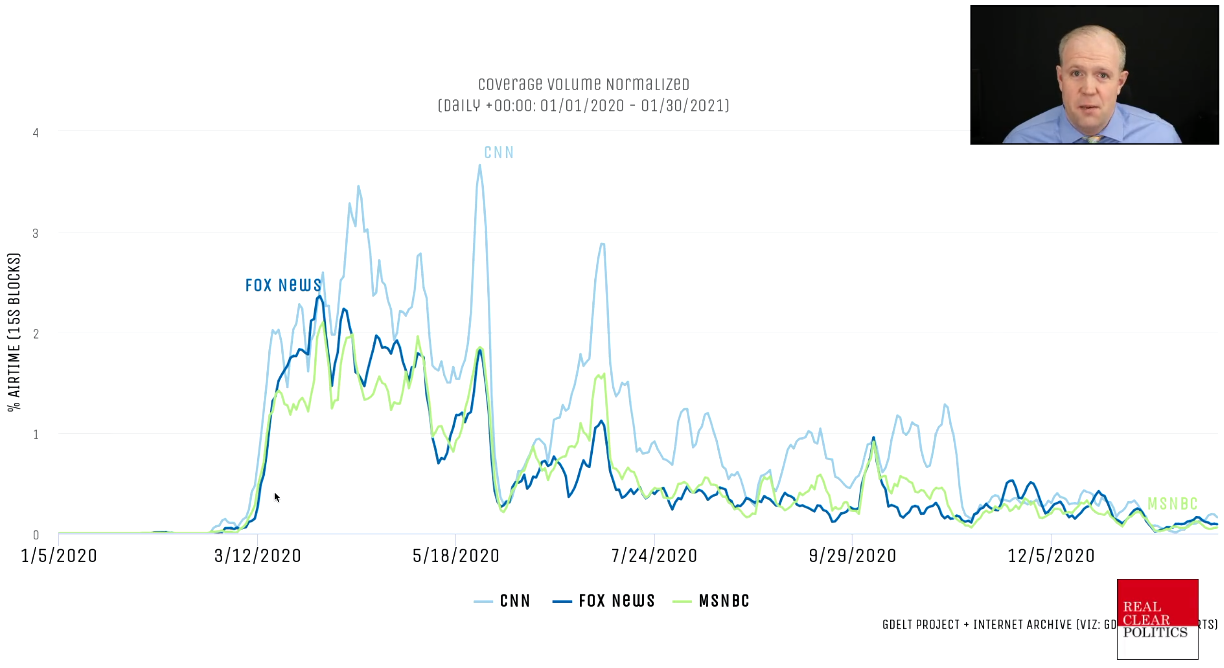 We hope this gives you ideas in your own recording journey!