As societies around the world increasingly confront gender bias, how does television news reinforce such bias? One measure is how often broadcasts mention "male" pronouns like "he/him/his" versus "female" pronouns like "she/her/hers." Pronoun use offers a useful, albeit limited, proxy of gender bias in broadcast news in that it combines references to journalists (those telling the news), guests (those being given a voice to comment and contextualize the news) and the subjects of the news (whether news focuses more on stories about self-identified men or women).

Specifically, pronoun usage looks past traditional metrics like workforce or topical diversity to explicitly examine who is actually given a voice. For example, in coverage of traditionally male-dominated science and technology stories, do outlets seek out underrepresented voices to tell their stories? In a field with greater gender equity, do the voices telling those stories reflect that equity or do outlets construct, enforce and assert bias in who is granted a voice and whose stories they tell?

To explore this question, we computed the percentage of all words spoken on CNN, MSNBC, Fox News and BBC News London over the past decade (BBC since 2017) that were "he/him/his" and the percentage that were "she/her/hers." Since male pronouns are used far more than female pronouns, we computed their difference (%male – %female), which can be seen in the timeline below (using a 6-month rolling average to smooth the data). Higher values indicate a greater bias towards male pronouns. 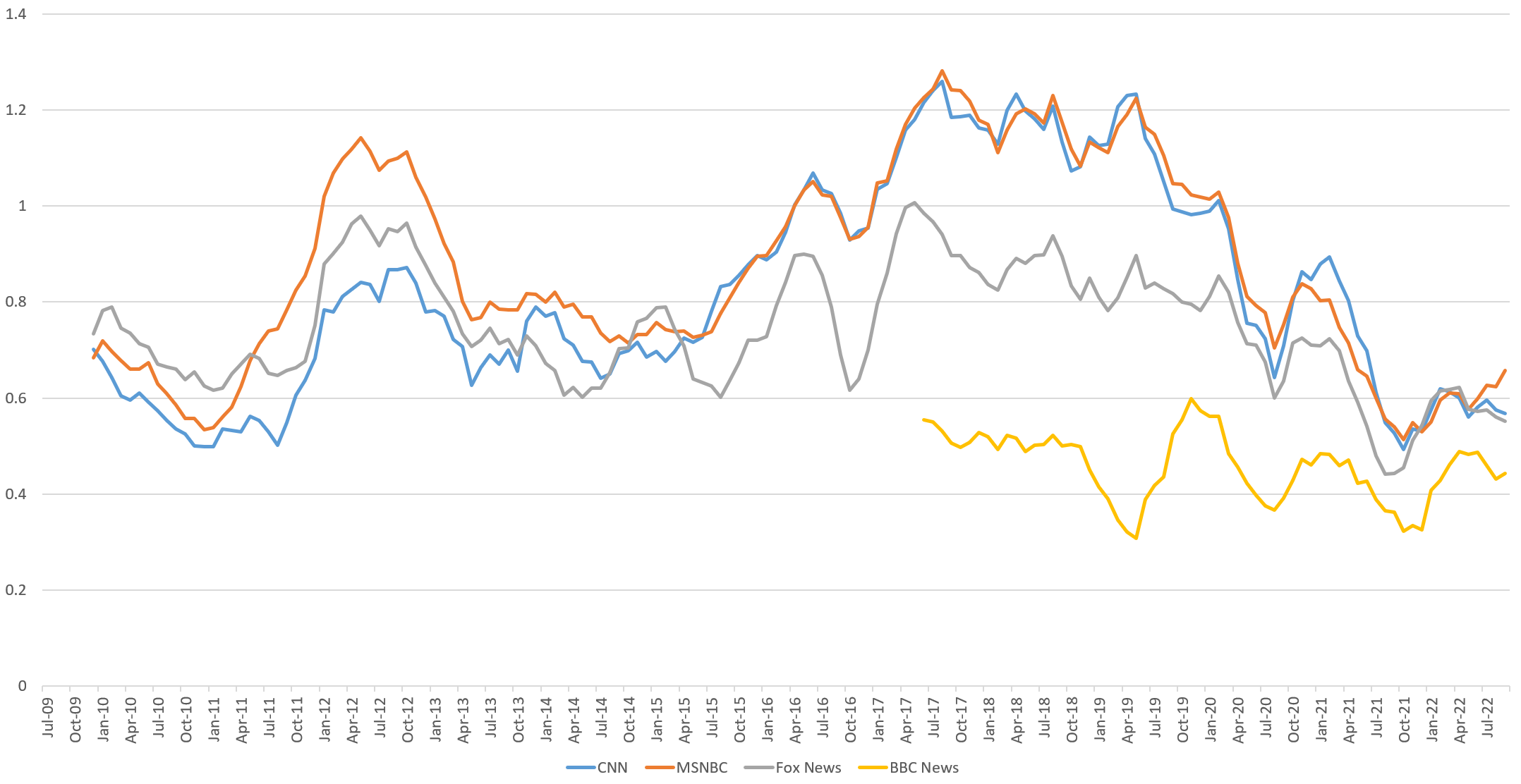 Since the timeline above uses a moving average, the actual position of the peaks and troughs can be shifted temporally, so the timeline below shows the raw underlying data and its monthly variability. 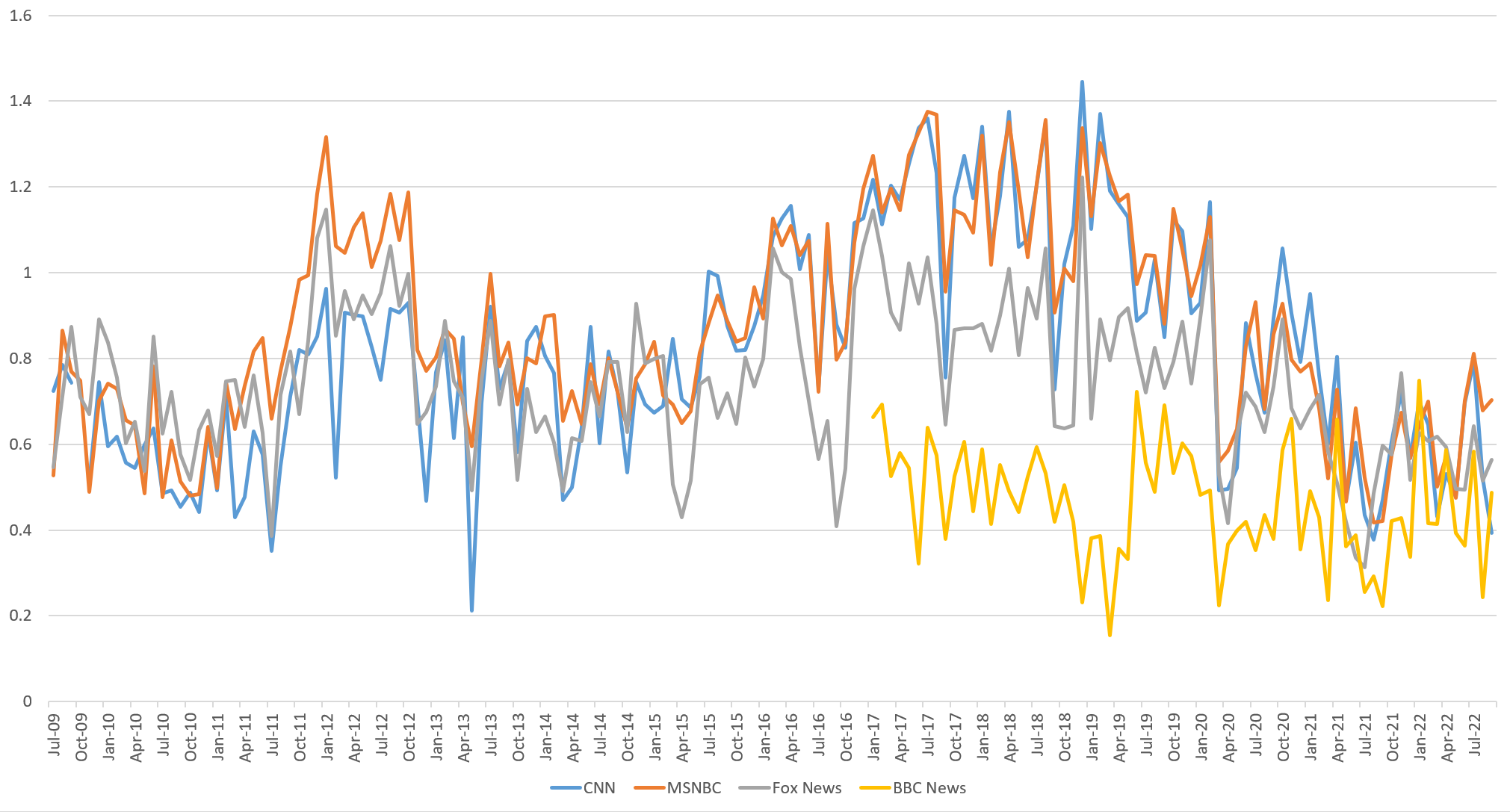 How do the channels compare overall over the past decade? The chart below shows the average percentage of spoken words since July 2009 for CNN, MSNBC and Fox News and since January 2017 for BBC News London that were male pronouns or female pronouns and the difference between the two.

Perhaps the most surprising finding is that all four channels use female pronouns roughly equally – they differ only in their usage of male pronouns, with MSNBC using them the most and BBC News the least, with Fox News the least of the three US channels. 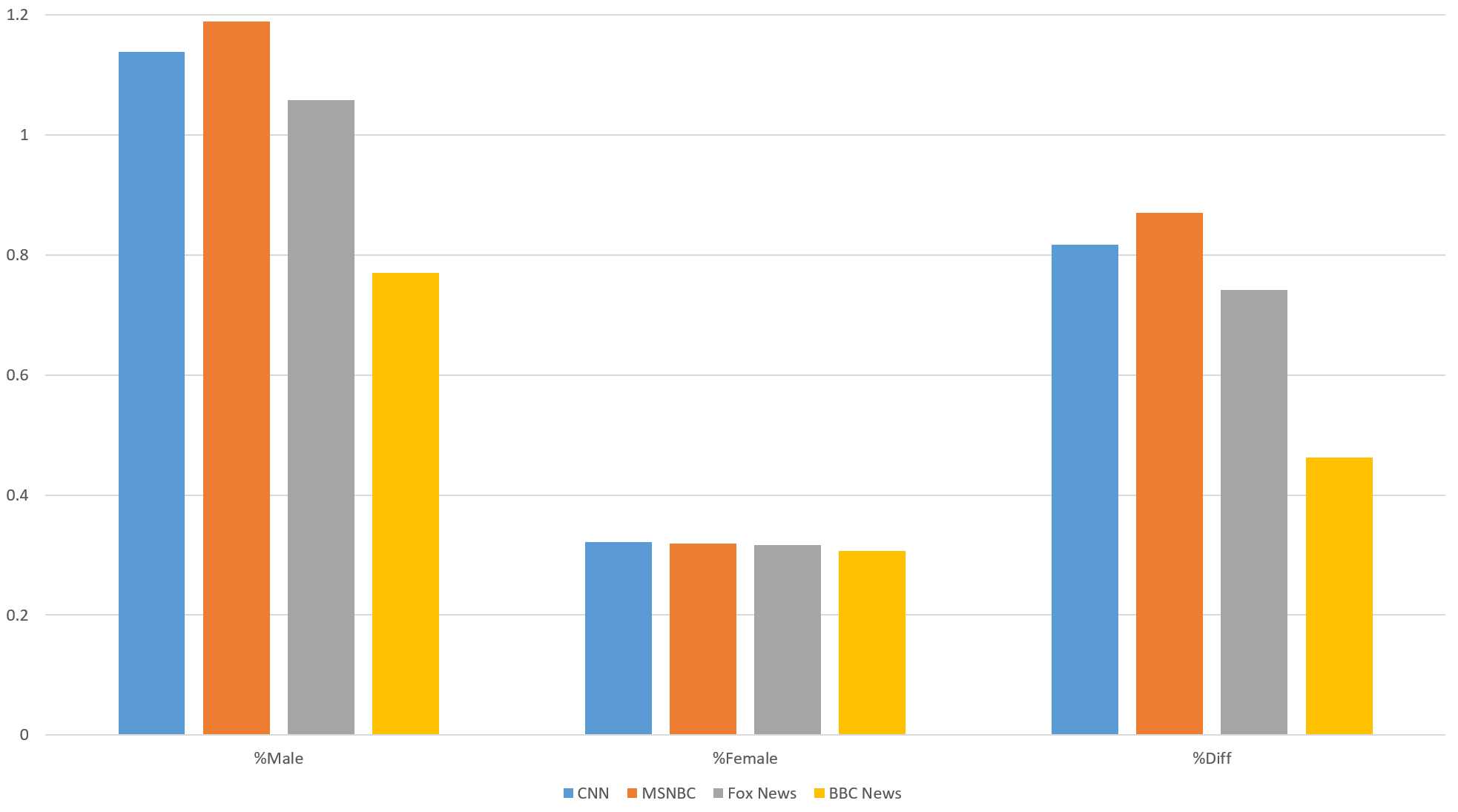 The following SQL query was used to generate the graphs above: