The phrase "flatten the curve" leapt into the media consciousness around March 11th and has remained elevated ever since through April 12th, but has been declining every day this week. The phrase appears to be falling out of favor in the media.

What phrase might be replacing it? The graph below shows mentions of "reopening" which has become the buzzword for how to safely reopen the country and restart the economy.

The two phrases are on different Y scales which makes them difficult to directly compare, so the timeline below overlays them using Z-Scores (standard deviations from mean). 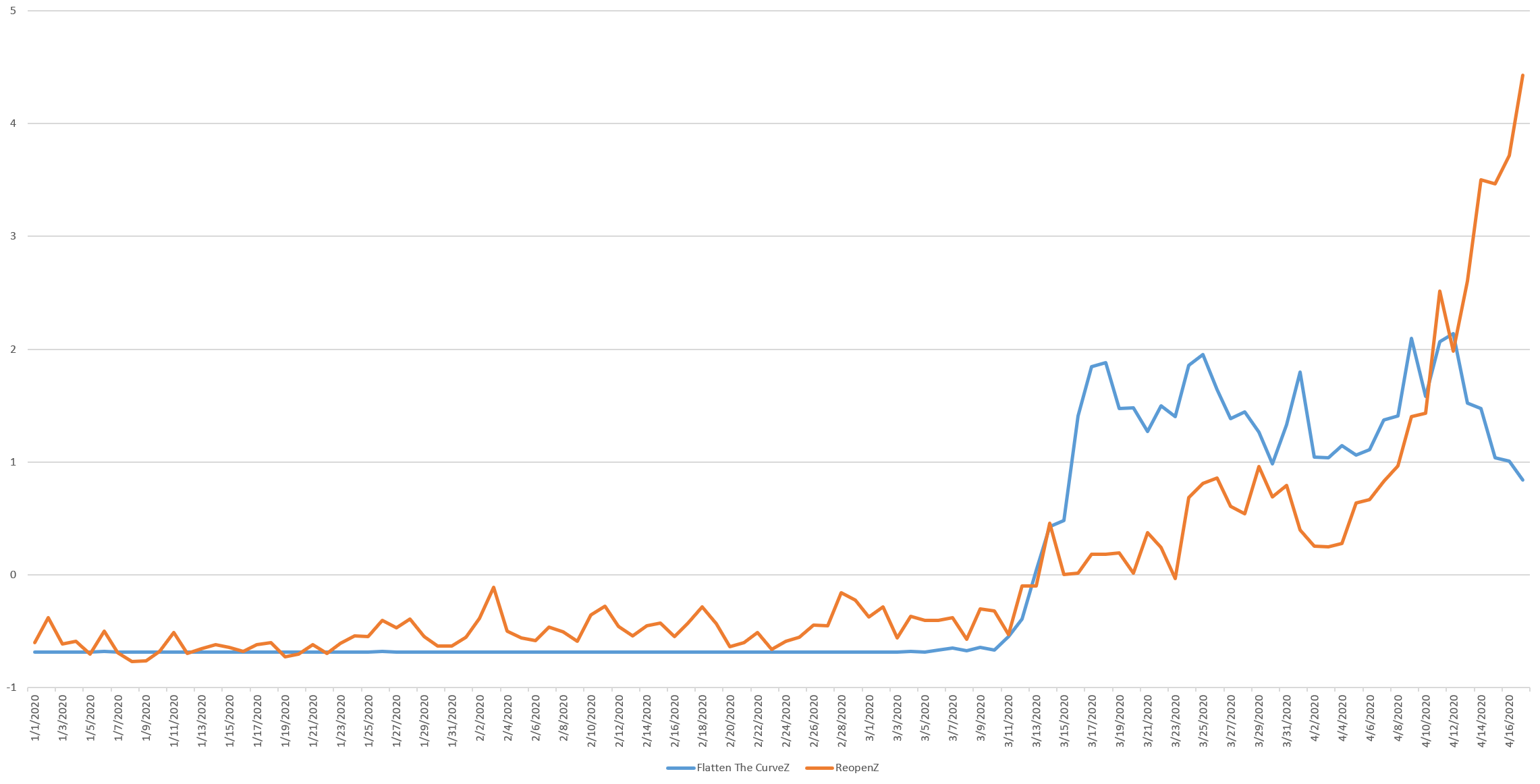 Here it is clear that the two began taking off around the same time on March 11th and that reopening has been trending sharply upwards since earlier this month. However, on March 13th, reopening leaps vertically in its largest single-day jump while flattening the curve enters its downward curve the same day.

It appears March 13th is the day that "reopening" took over from "flattening the curve."