In 2018 we explored the idea of mapping the geography of language by showing the locations most closely associated with a given word. At the time we precomputed the geographic landscapes of a number of words and released them as a static dataset. With the release earlier today of the new Global Geographic Graph, it is now possible to compute such maps on-the-fly for any combination of word or phrase!

With just a single line of SQL in BigQuery and using Carto to map the results, here is a map zoomed to Europe of the locations most closely associated with the word "Merkel" in English language news coverage 2017-present. Unsurprisingly, mentions of Merkel are most closely associated with Germany, but also Paris, London and across Europe, with other highlights in Israel, Turkey and other countries with close interactions. While the map below is unsurprising, it demonstrates the powerful geographic signals embedded in language. 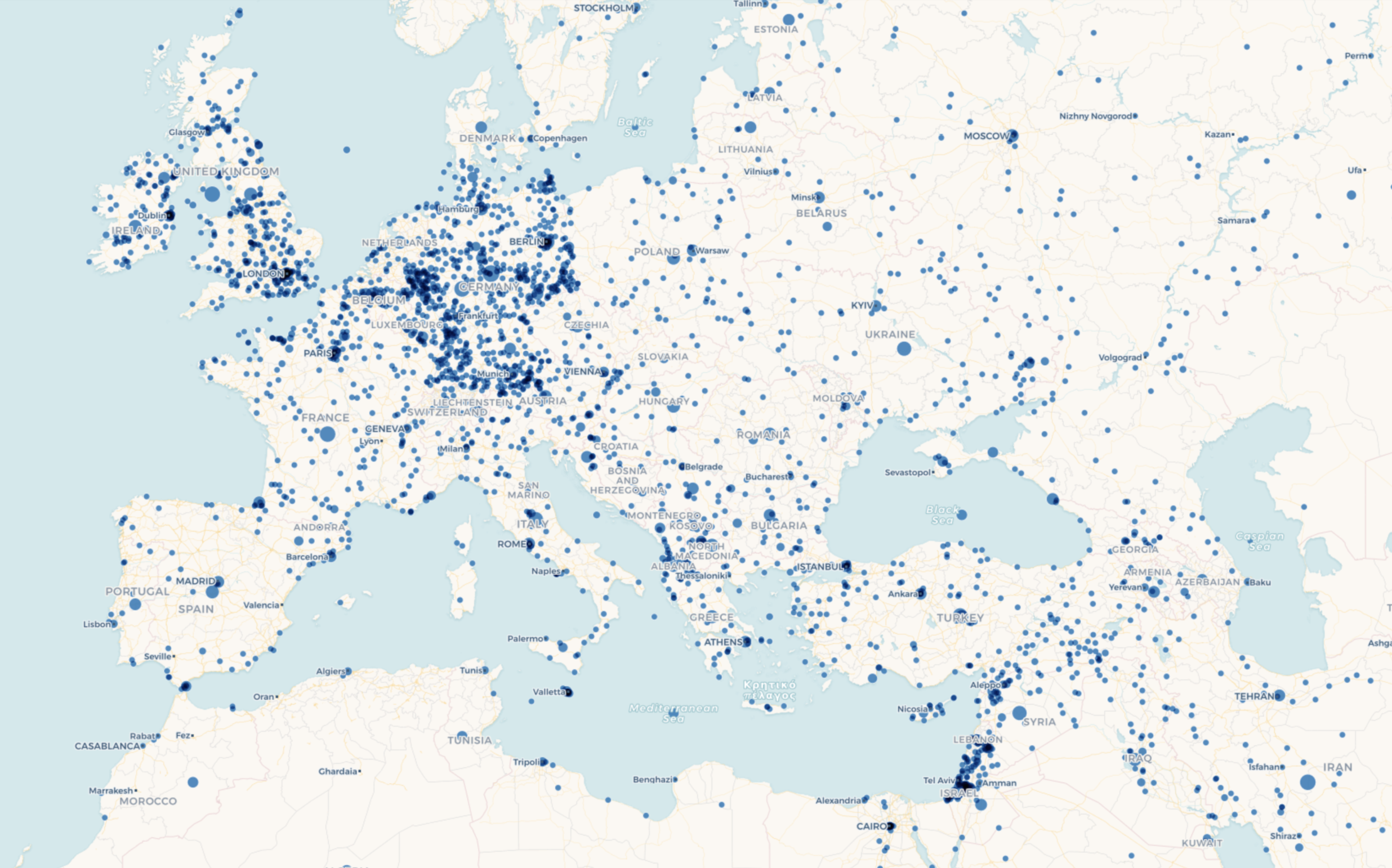 Constructing the map above required just a single SQL query in BigQuery, with the results visualized in Carto!