Last year we looked at the use of "ourside" versus "theirside" group pronouns in television news using the Television News NGrams Dataset. Using the same dataset and query, what does it look like to trace usage of gendered pronouns? Specifically, the traditional "he", "him" and "his" as "male" pronouns and "she", "her" and "hers" as "female" pronouns? 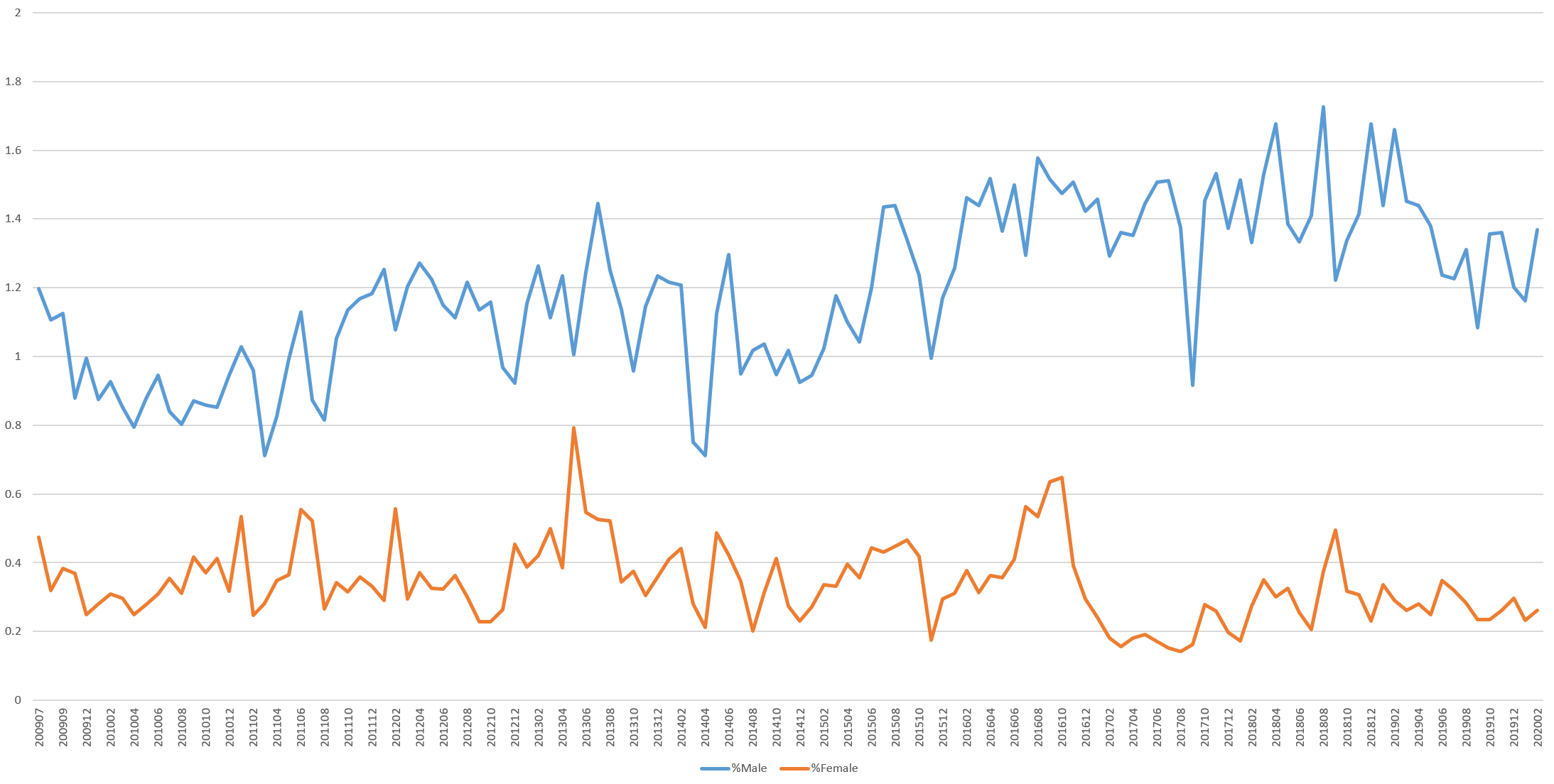 Similarly, the timeline below shows the same results for MSNBC: 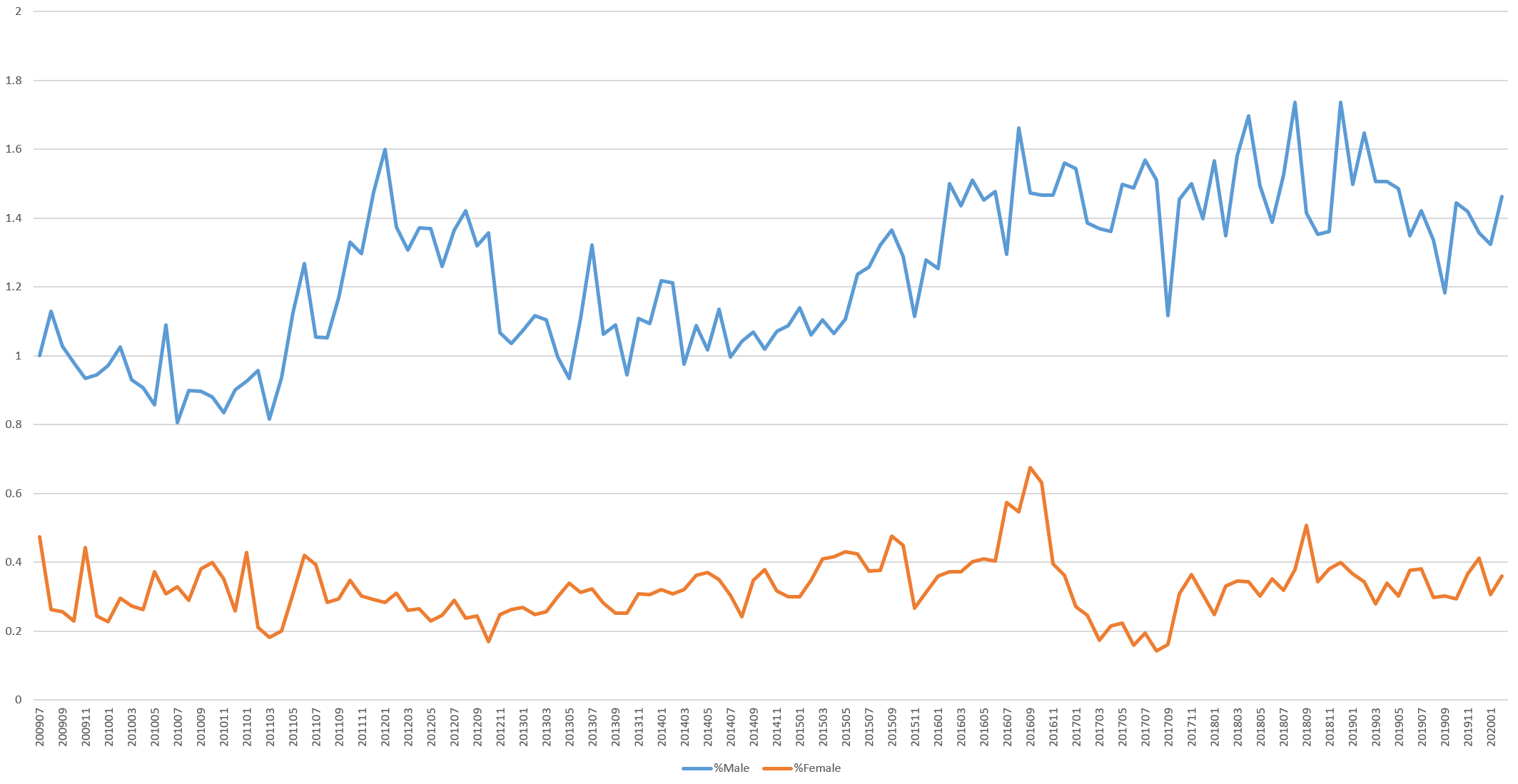 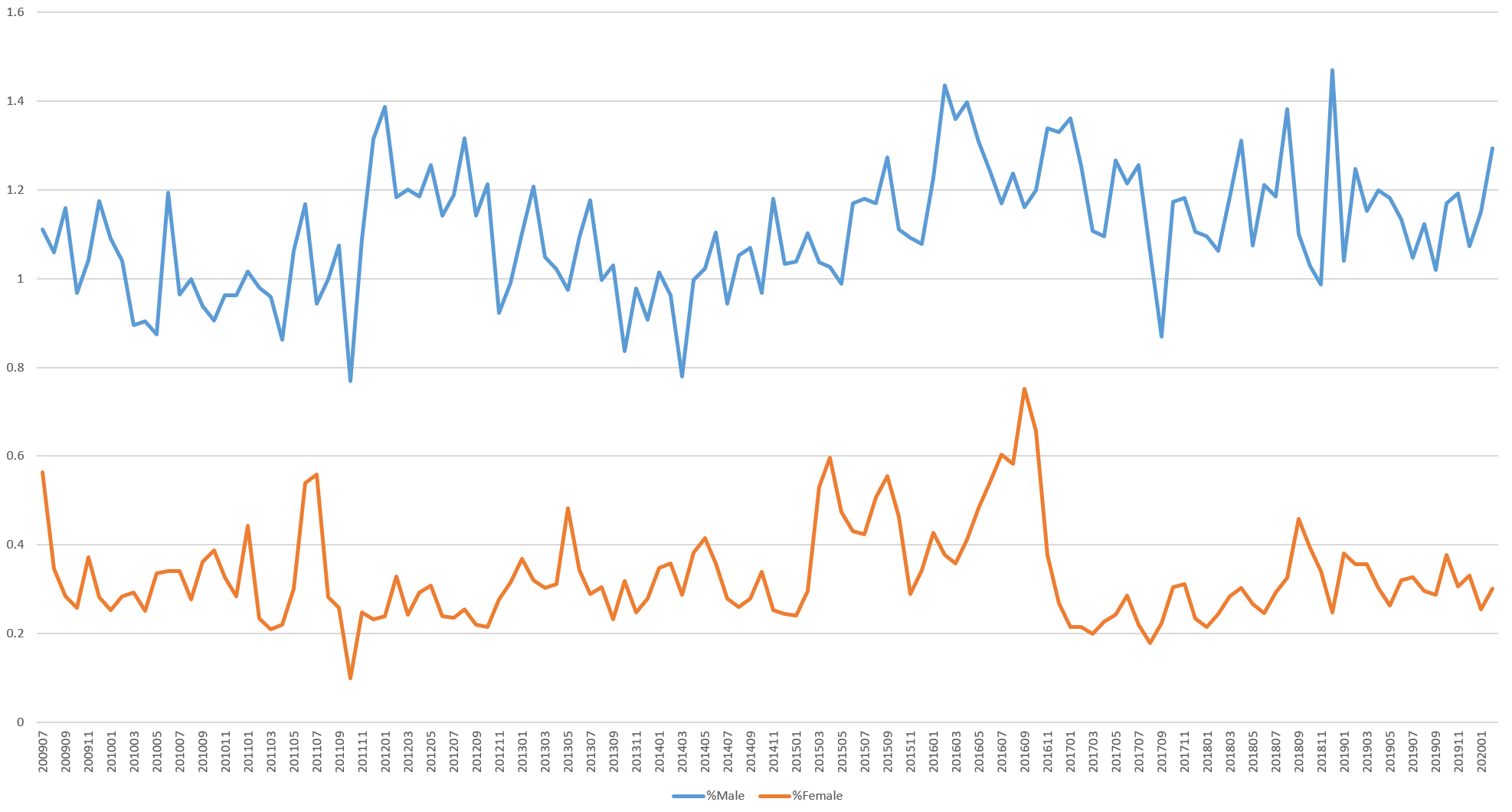 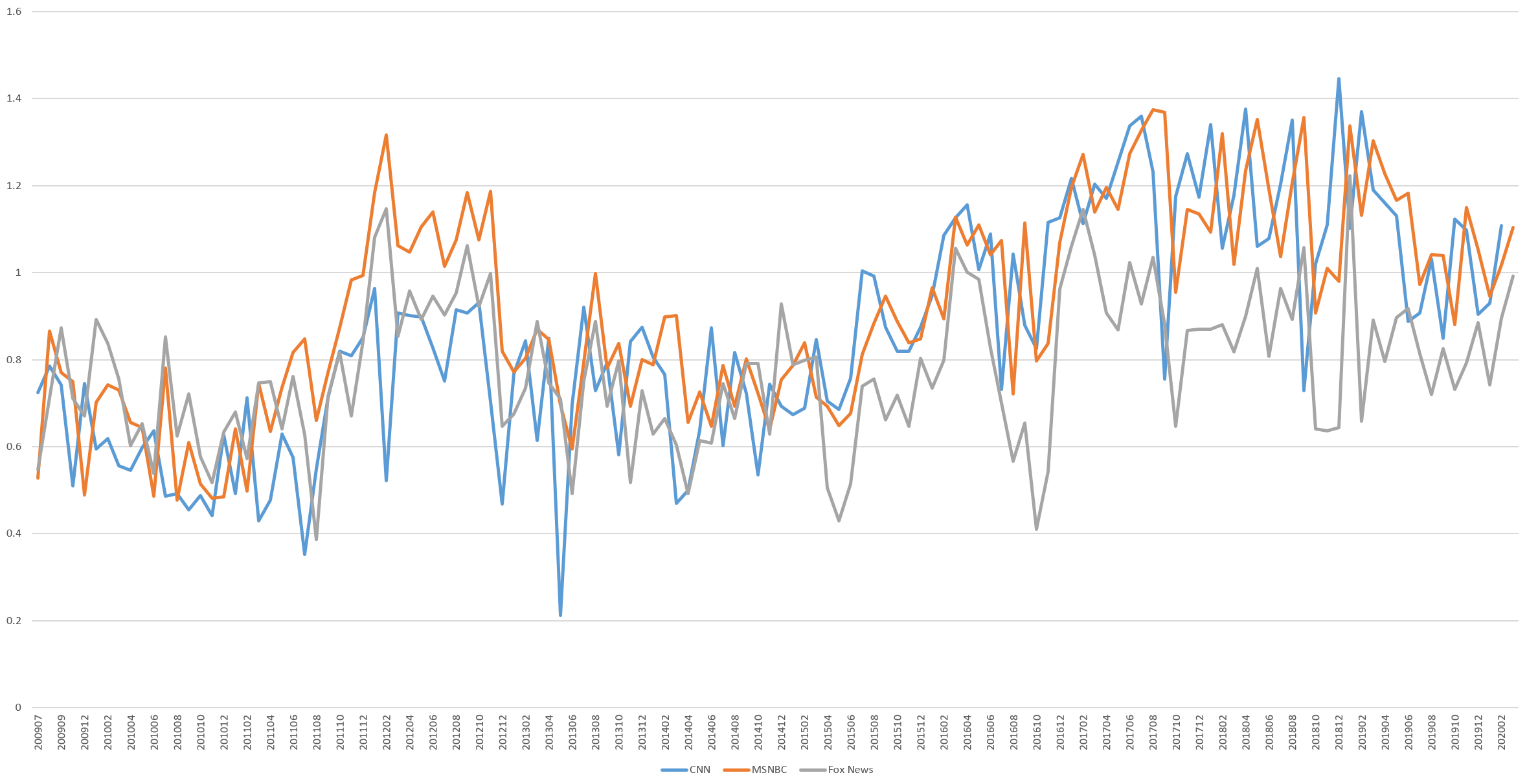 All three stations closely track one another, with all three showing the same "Trump Bump." Interestingly, however, Fox News appears to have the lowest overall bias towards male pronouns over the past half-decade.

The chart below offers one suggestion why, plotting the median monthly percentages of male, female and the difference between the two: 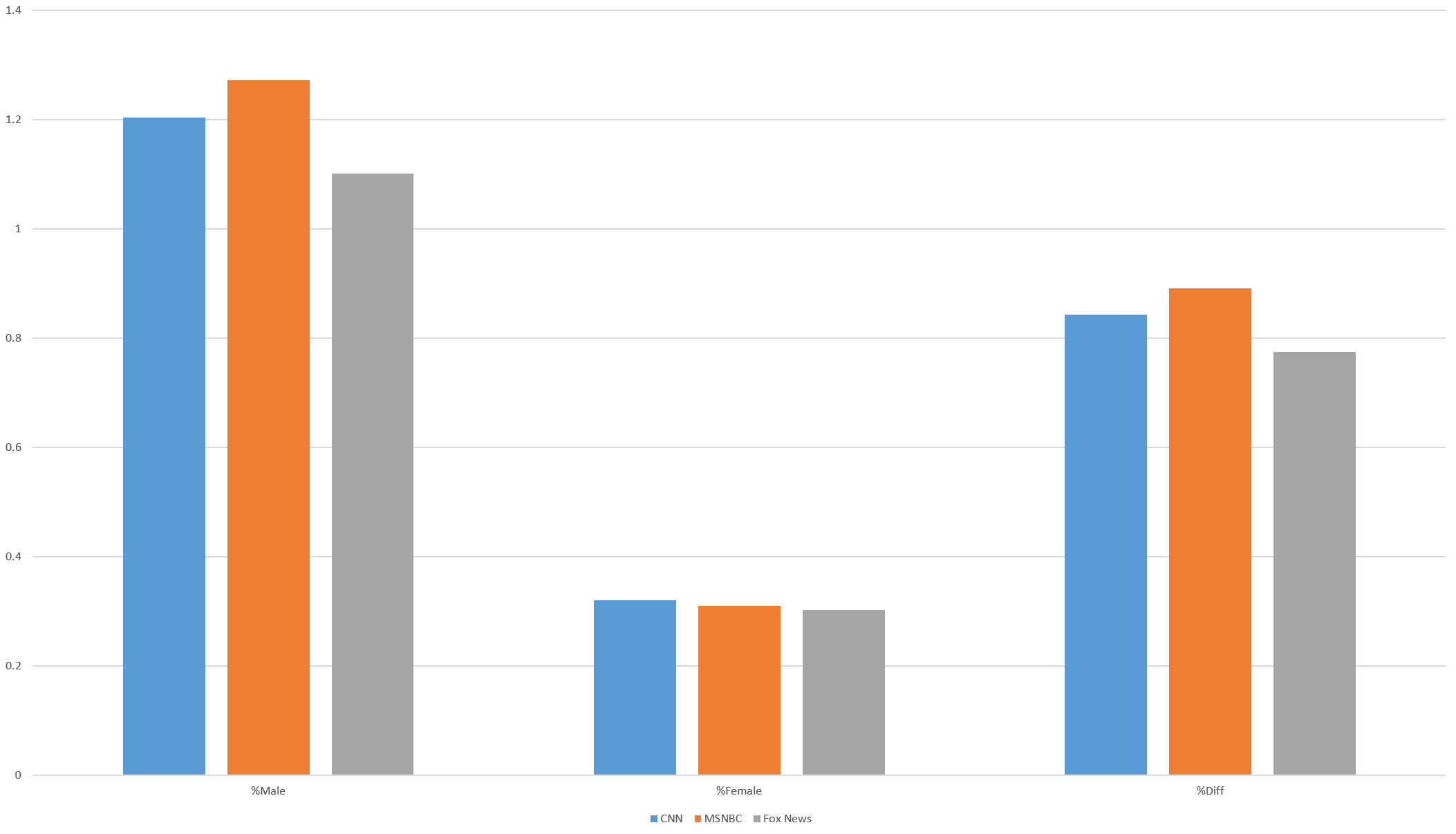 What explains Fox News' lower male pronoun usage? Its unclear, though one possibility is a greater use of honorifics and titles, such as referring to "the president" rather than "Trump", though this will require further analysis.

Of course, the graphs above could simply reflect that news outlets cover stories about self-identified males more often than self-identified females, especially given the substantial rise in male pronouns since the election of Trump. Yet, this would reinforce the notion of gender bias on television news.

Regardless of cause, the graphs above remind us just how much of an imbalance there is in the news we consume.

The analyses above were constructed using the same query we used for our group dynamics analysis: