The journalism world in the US has been hit hard by the economic damage from shutting down the economy to flatten the Covid-19 curve. News outlets of all sizes and across the entire country have been shedding jobs, furloughing staff and even closing entirely in the face of decimated advertising revenue. At the same time, domestic media outlets have been highly supportive of the economic contraction as a necessary consequence of "flattening the curve." Yet, in recent weeks the media bulwark has been fracturing, as coverage shifts from uniform support of curve flattening to a surge in coverage of the steps necessary to reopen the economy.

The timeline below plots the Z-scores (standard deviations from mean) of the 14-day rolling averages of coverage of media industry layoffs versus "reopening" the economy. 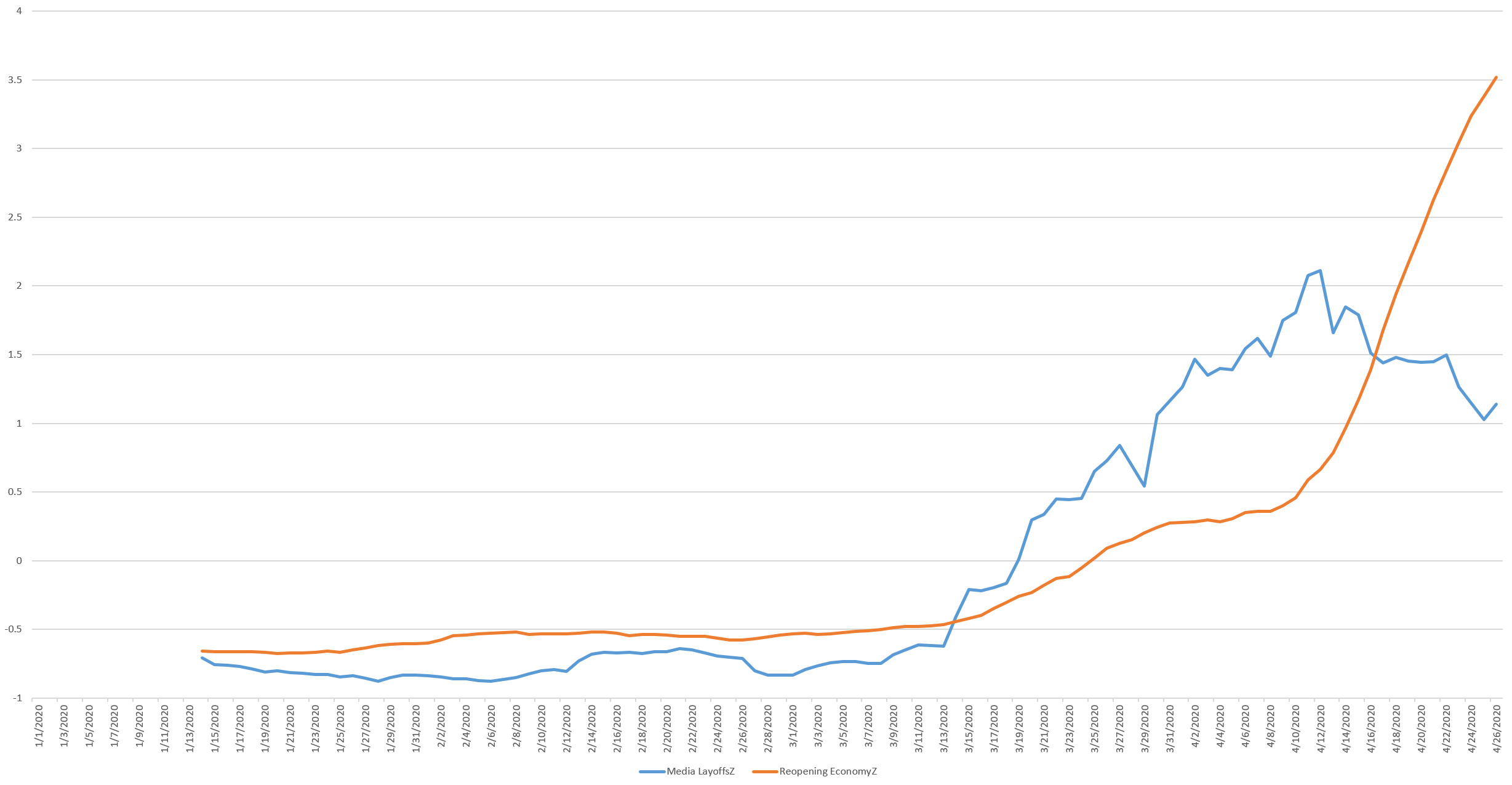 At the same time, the week of March 15 to 21 marked a 3,000% increase in unemployment claims, meaning the push to reopen the economy came at the same time as its full impact on the US economy was becoming apparent. Perhaps if media outlets had been running wall-to-wall unemployment numbers alongside infection numbers, there may have been greater Congressional priority assigned to economic relief packages.

The timeline below zooms into the Jan 1 through March 21st period of the graph above using the raw unsmoothed daily data. Here "reopening" can be seen to begin increasing starting March 13th and accelerating as media outlets began announcing widespread employment contractions and closures. In contrast, the massive surge in unemployment claims was not released until March 19, meaning the push for reopening began before the full extent of the economic damage was public, but after its impact had begun to be felt full-bore on news outlets. 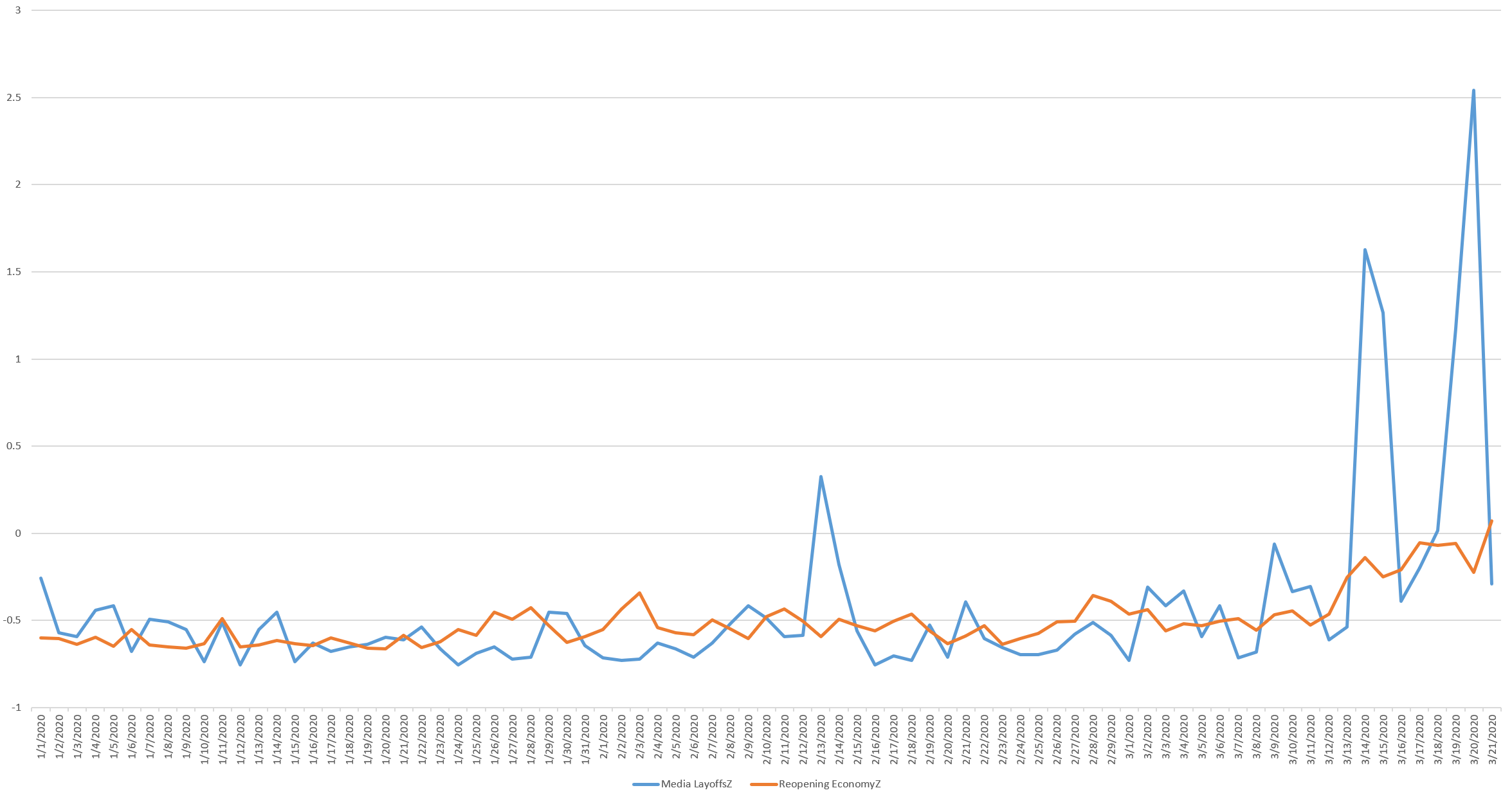 Media outlets were among the first to feel the enormous economic contraction as countries began shutting down, with advertising revenue entering freefall and as those outlets moved to stem their losses by shedding staff and in some cases closing all-together, the economic costs of the pandemic reached home. It is interesting that media focus on reopening the economy begins to increase alongside the flurry of media industry layoff and closure announcements and before general unemployment numbers were published.