The phrase "defund the police" leapt into the 2020 media lexicon in June with the George Floyd protests. Using the TV AI Explorer it is trivial to chart how many seconds per day the phrase has appeared on television news thus far this year, showing that Fox News has favored it the most. (All mentions / Mentions with crowds).

These onair mentions are a combination of chyron and crawler text with protest signs. Roger Macdonald notes that there seem to be several signs that the channels favored for their protest coverage, suggesting they had become "iconic" depictions of the phrase, as seen below.

This raises the fascinating question of whether future analyses could combine Google's Cloud Video AI API's OCR with traditional perceptual hashing, color and spatial histograms and other similarity metrics to visually cluster all images matching a particular query to see if there are particular images the channels turn to more frequently to illustrate specific stories. 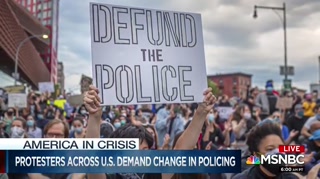 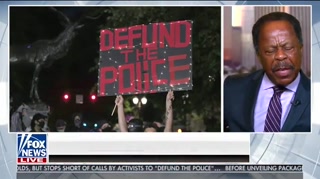 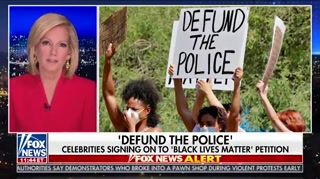 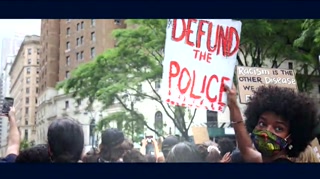