GDELT's Global Knowledge Graph (GKG) computes thousands of emotional scores for every article it monitors as part of its Global Content Analysis Measures (GCAM) system. Those thousands of dimensions go far beyond positive/negative to a rich array of emotional constructs from assent and anxiety to moral foundations. To showcase the range of emotions available and their very different lenses, we've applied a handful of them from the Linguistic Inquiry And Word Count (LIWC) and Regressive Imagery Dictionary (RID) dictionaries to the Trump Twitter Archive's archive of 56,571 tweets from @realDonaldTrump from his first tweet in May 2009 through his Jan. 2021 ban.

For each of the dimensions below we removed all user mentions and hyperlinks and aggregated the total set of remaining words from all his tweets each week and computed the given emotional dimension by week since August 2011 (the start of his heavy tweeting). To make the underlying patterns more visible we smooth the resulting timeline using a 4-week moving average (the "Tone4W" timeline) and an 8-week moving average (the "Tone8W" timeline). We also include the GCAM dimension ID for each emotion.

We hope this illustrates the enormous power of GCAM and moving sentiment analysis beyond mere positive/negative. 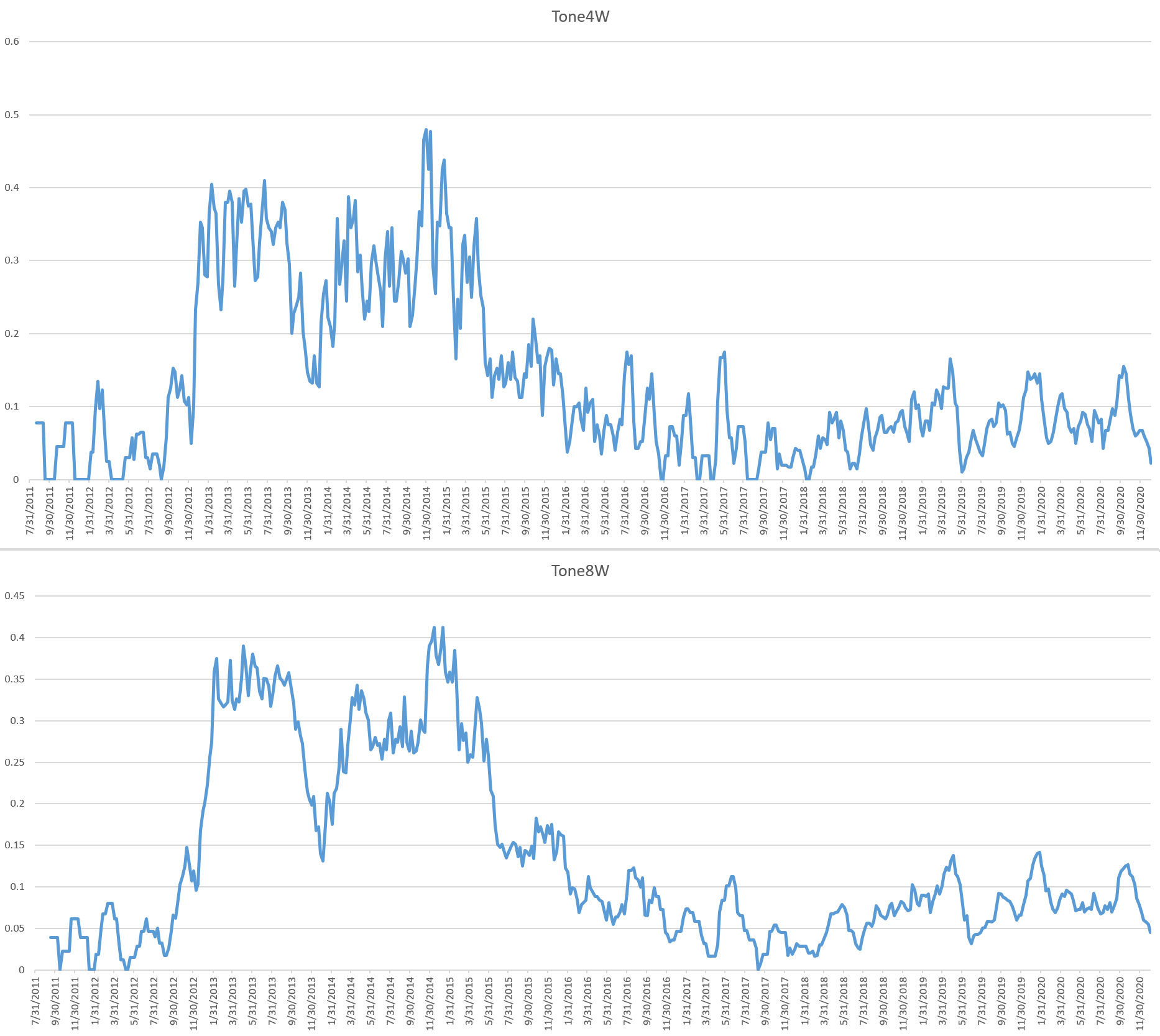 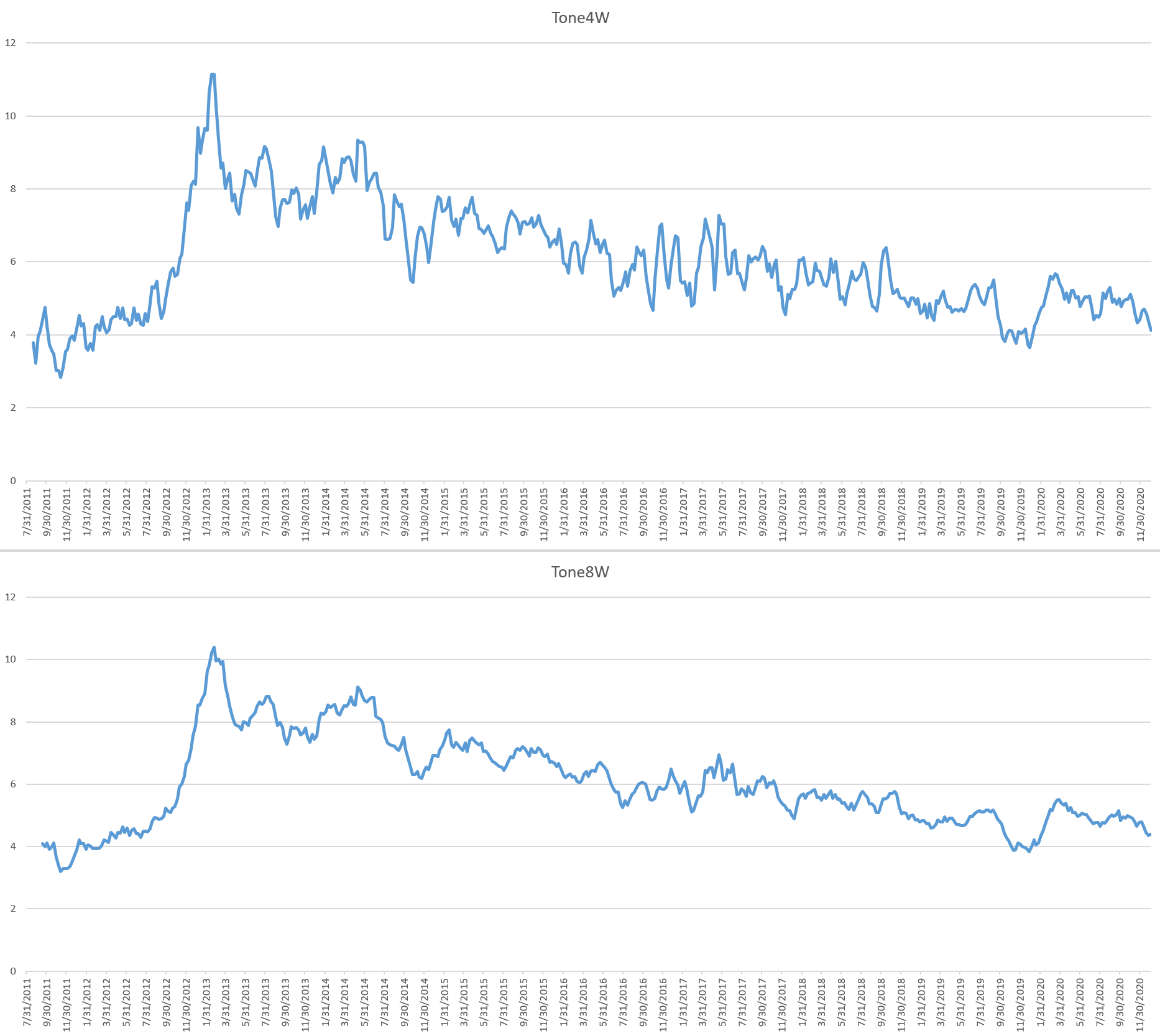 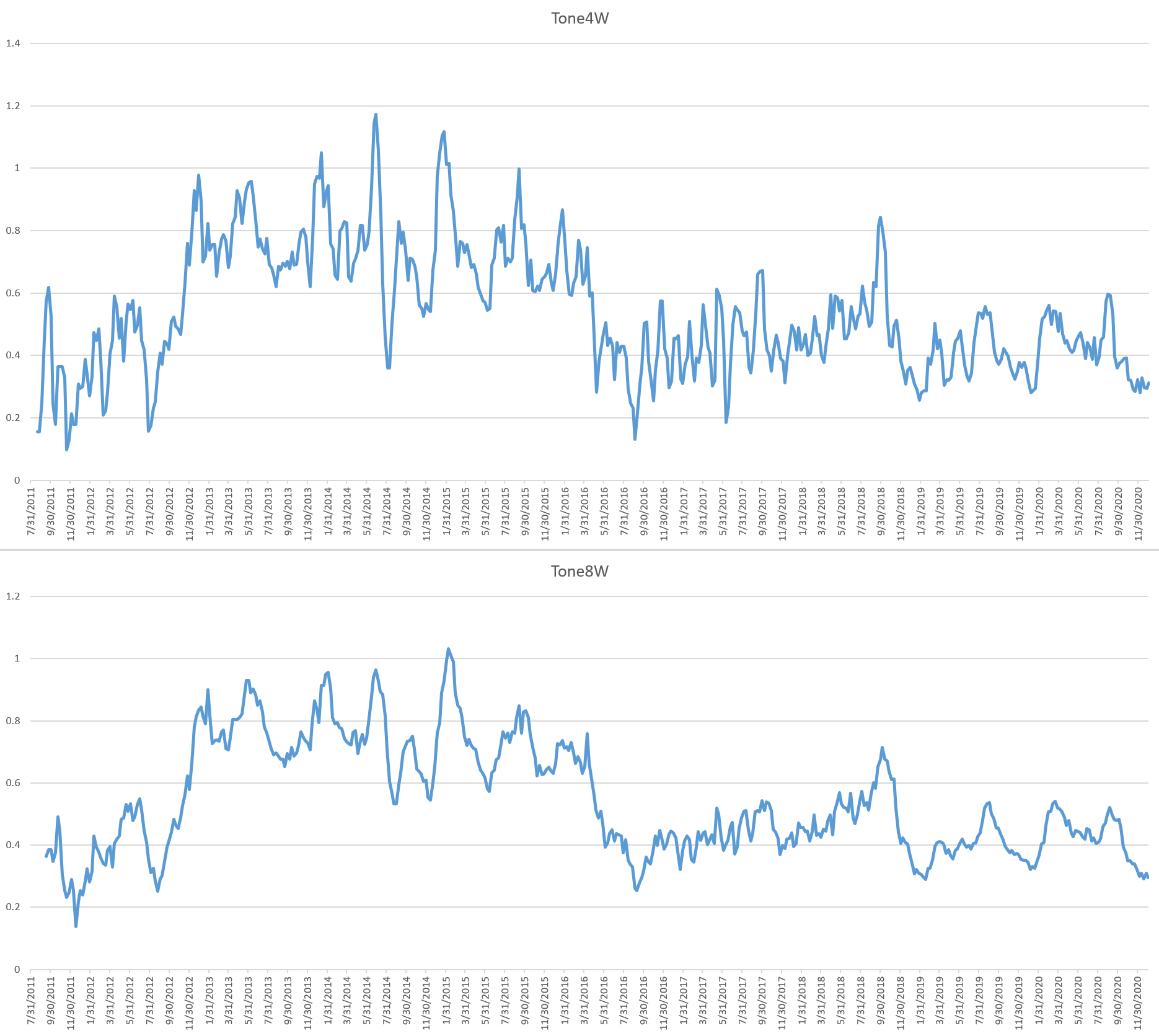 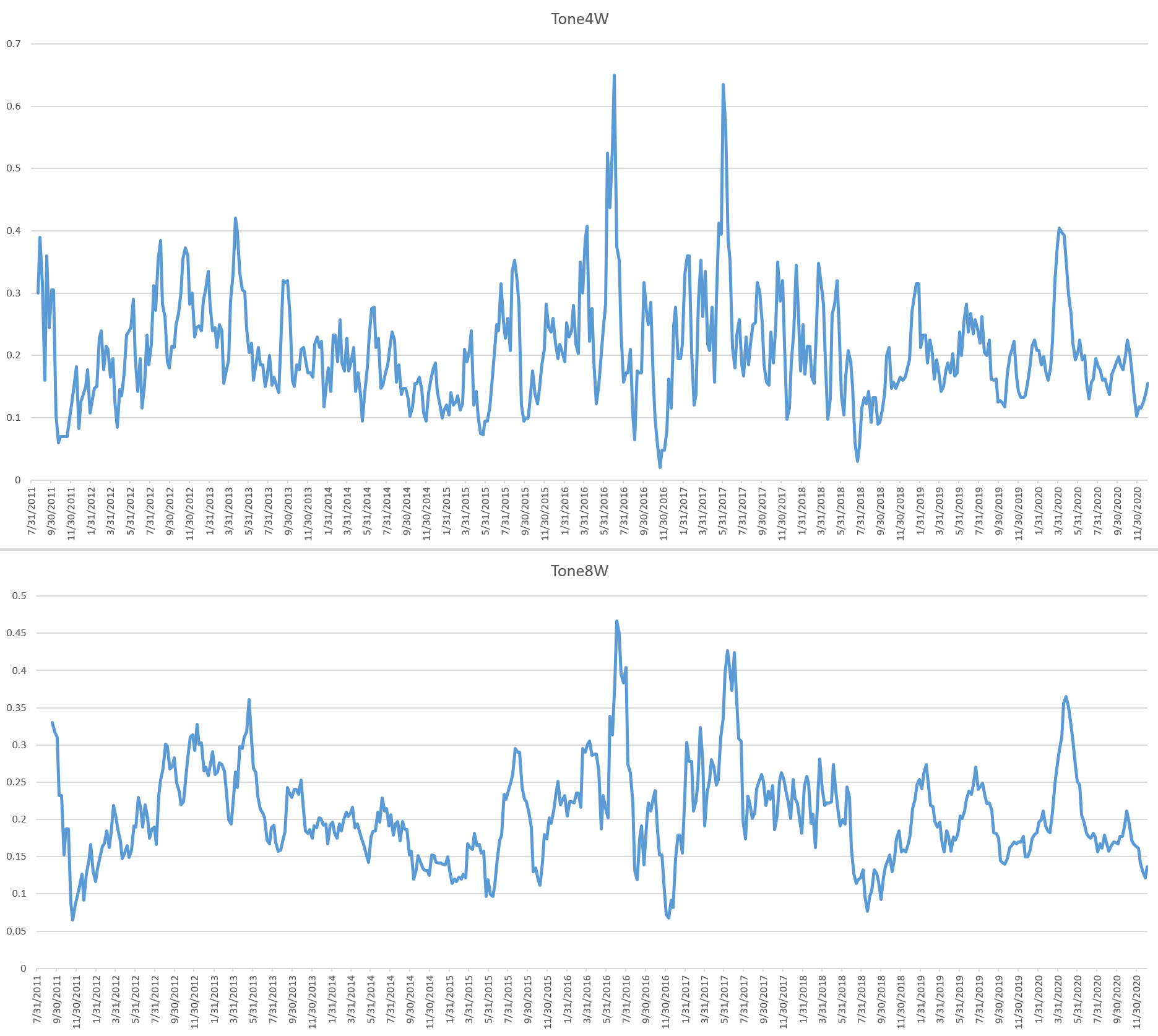 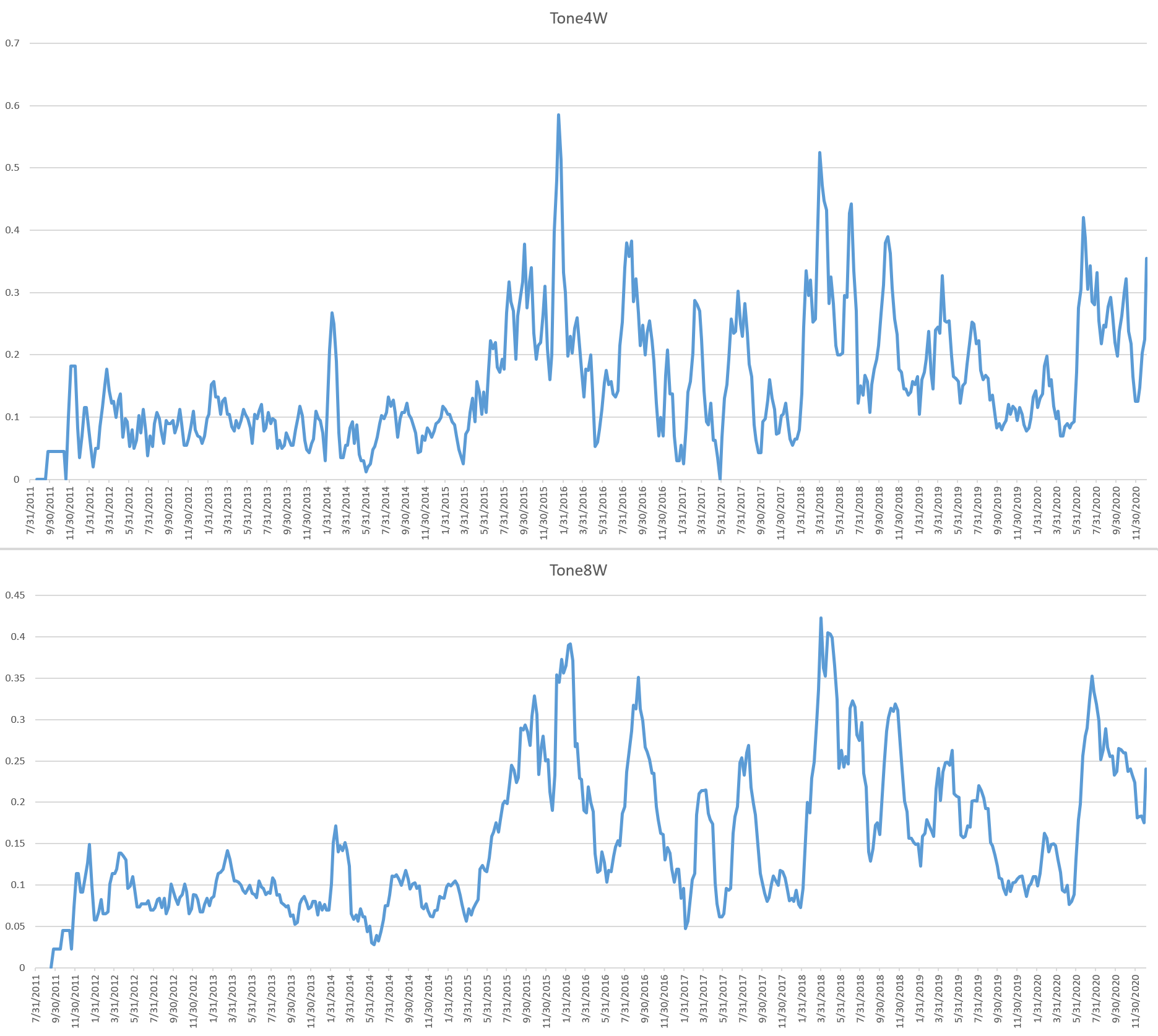 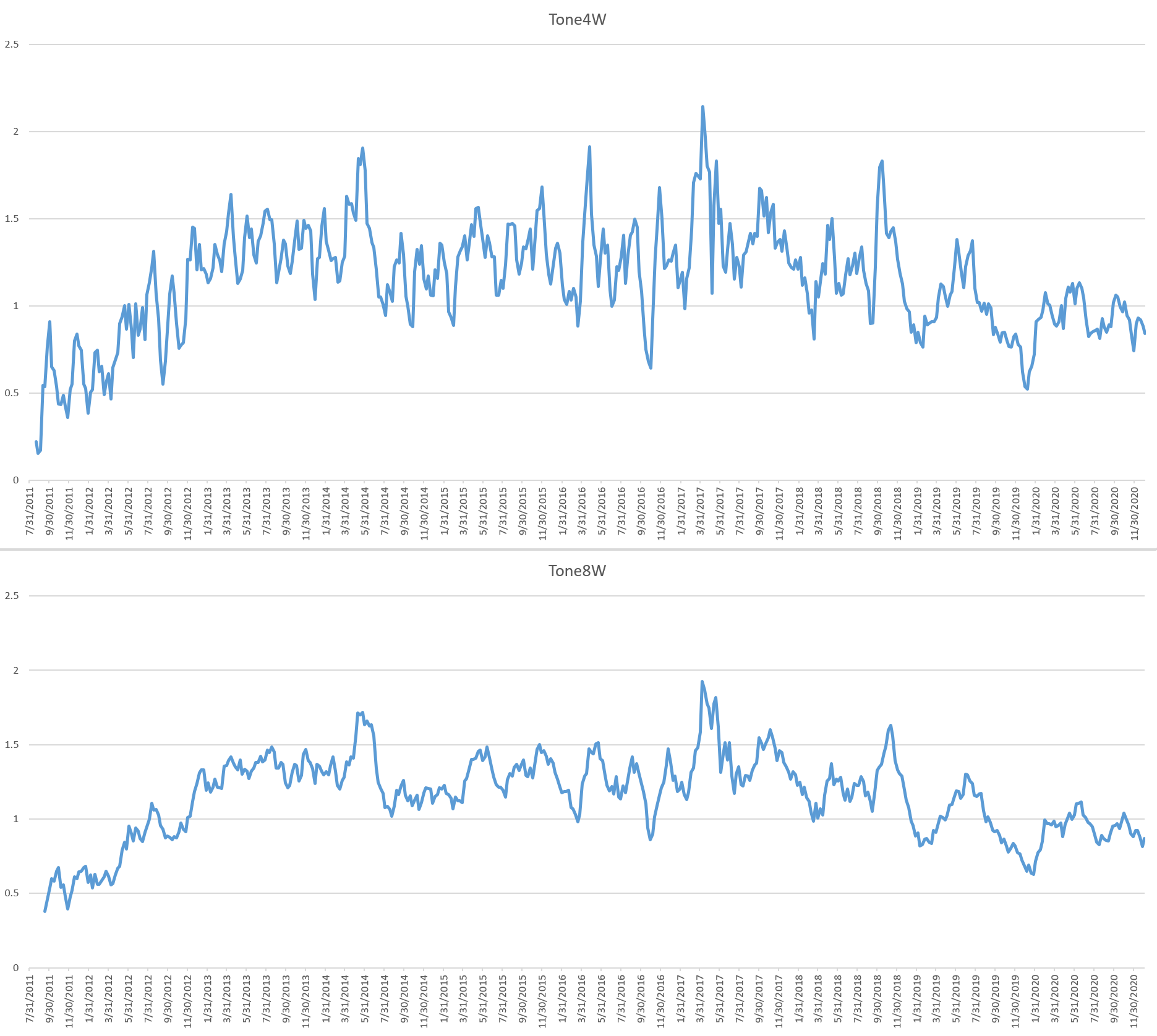 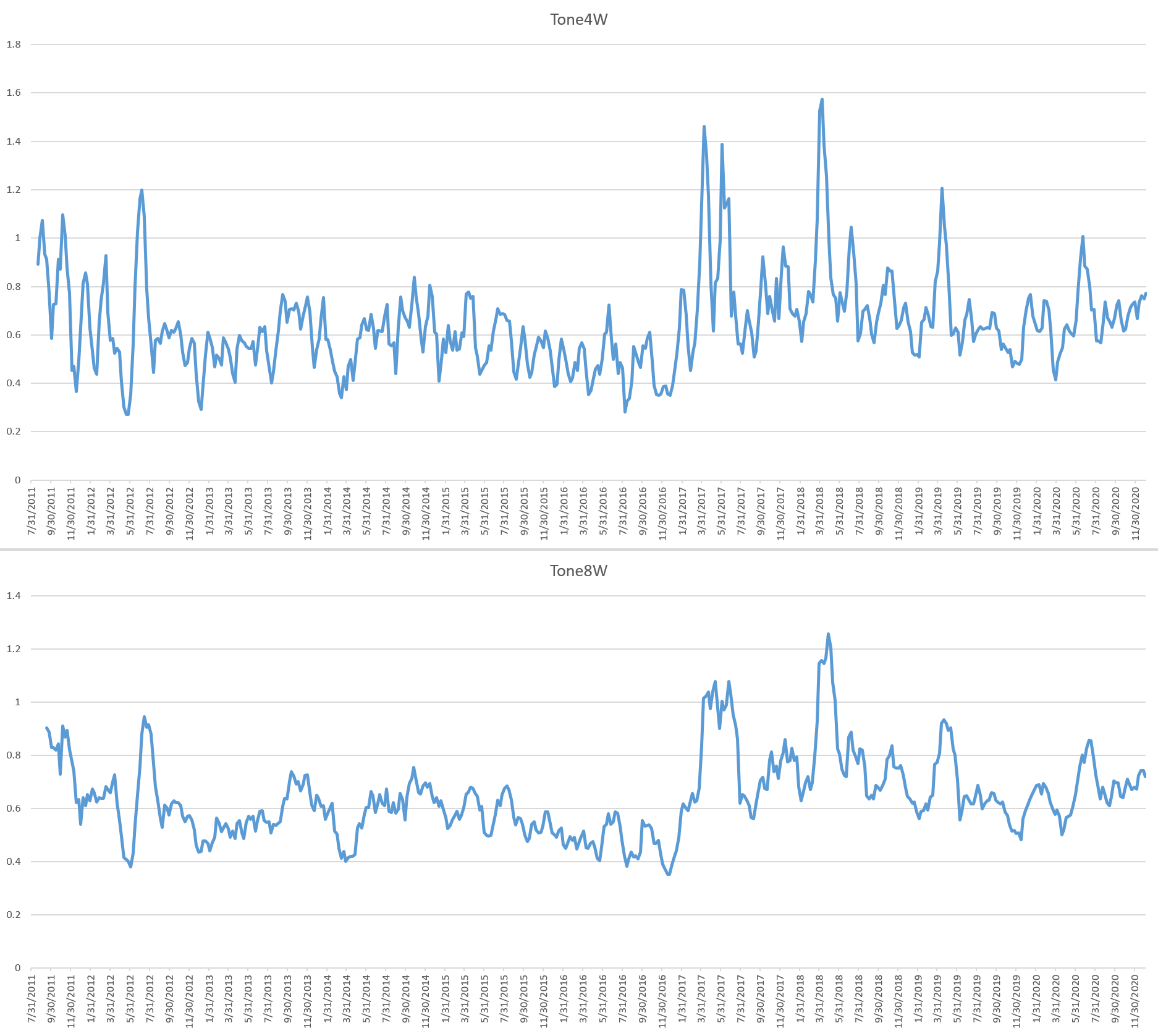 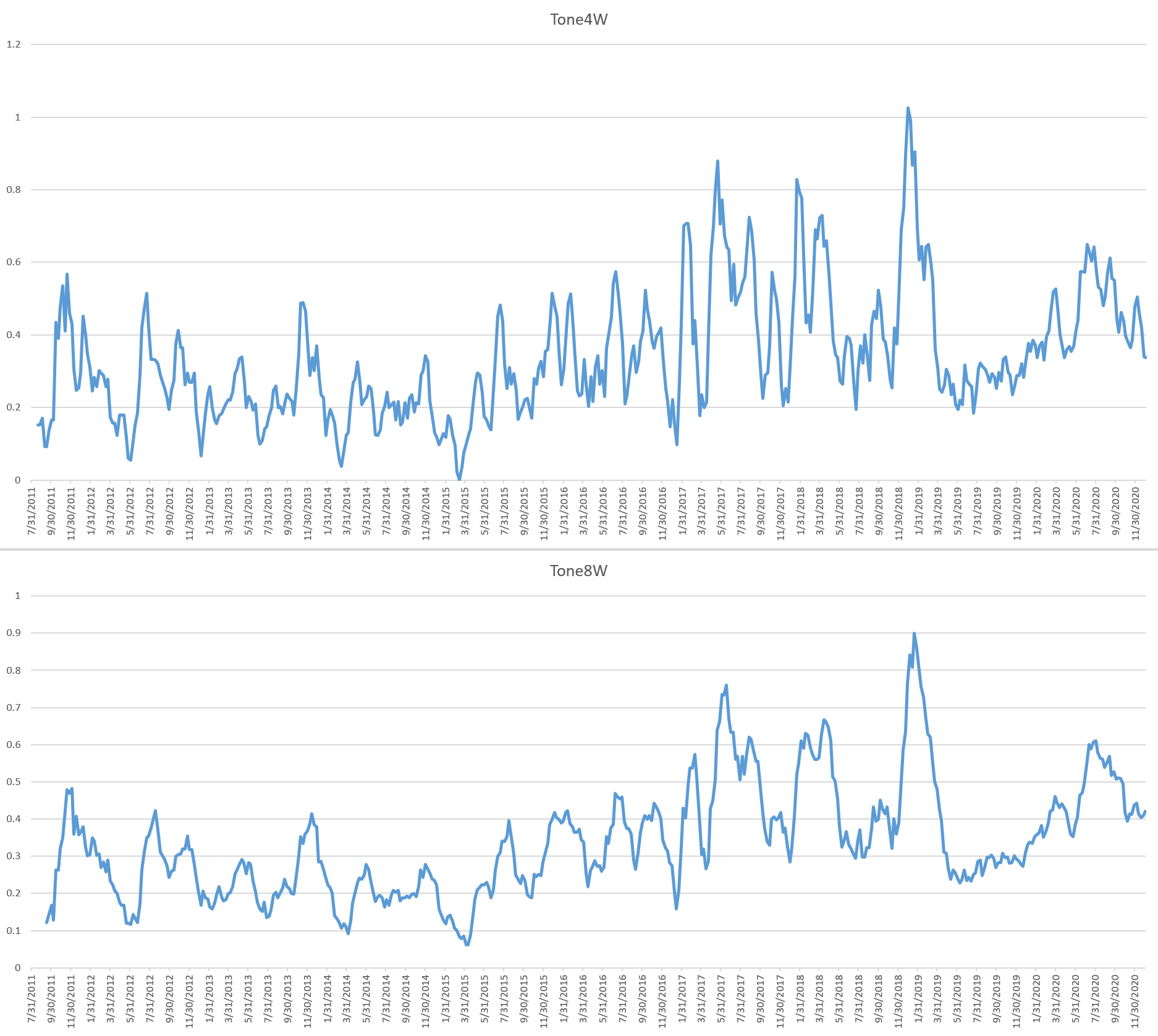